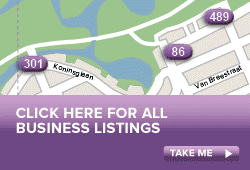 Yoga For Runners - A Beginner's Experience

At InLivin’ we like the complete package. We follow 12 different paths to the Good Life, and though they seem separate they often converge. As is the case with Yoga 4 Runners, which is Spiritual Arts and Fitness & Sports combined! This InLivin’ reporter, who is neither a yogi nor a runner (but an avid walker on many paths to the Good Life) followed a yoga class taught by the founder of Yoga 4 Runners, Kyrin Hall.

Talk about the complete package: Kyrin is a yoga instructor, running fanatic, orthomolecular food professional, and general health expert. She coached the stars (Dannii Minogue, the Chelsea football club) and was even a stunt double for Naomi Campbell. Plus she is a writer and a television presenter. I am pretty excited to partake in one of her classes, although part of me feels that it is not going to be a cakewalk.

Yoga 4 Runners is yoga geared toward helping runners stay free from injury, strengthening their core power and improving their flexibility. At Yoga 4 Runners you have the possibility for a run through the Vondelpark with Kyrin and other yoga students before class. This is a nice (optional) touch to the class: you get more time to socialize, plus you begin the yoga while you’re all warmed up. The tempo is pretty high, but our reporter managed to stay with the group for at least half of the run, an accomplishment for which he patted himself on the back.

After running, everyone meets up with the rest of the yoga students to start the class. Kyrin has a calm voice that makes me feel at ease from the start. Still, the poses make my body burn and there is no way that I can keep up with the class. Luckily that is no problem at all. I get some blocks that make poses easier to hold, I get handed a towel (because I am sweating like a maniac), and if I need a break, I can always go into child’s pose (a relaxing yoga pose which has become one of my favorites).

After class I told Kyrin that Yoga 4 Runners seems somewhat on the sporty side of yoga for me. I like the meditation part of yoga. She told me that in her class the meditation is more integrated into the movements. This is a yoga class for people who work hard during the day and are not used to sitting still, and get into meditative states through activity. When you get a hang of the different poses and stances and don’t have to think about the way you are bending or stretching your limbs (or both!) there will be more room for meditation, even during ‘sporty’ classes like these.

The yoga class is suitable for beginners like me, but can be challenging as well for more experienced people. Different types of classes are available at Yoga 4 Runners, and they’re all suitable for everyone who wants to do yoga. I felt totally energized after class, and that’s probably what you would want (currently my muscles are still sore, meaning I had a proper workout as well). For people who like running these classes are of course perfect.

Kyrin likes what she’s doing. InLivin’ works with people who love what they do and make their profession out of it; the market leaders and innovators. Yoga 4 Runners is a very welcome addition to the ever-growing number of yoga schools here in Amsterdam.

To try out a trial session at special rate, click here.