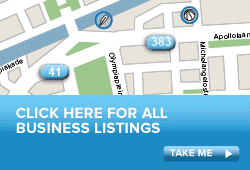 Following the 12 October 2013 \'Eet Wat Je Weet\' day by MAMA on Dam square came the proper Amsterdam March Against Monsanto: a protest against Monsanto and other big corporations that are into manipulating our seed and food supply.

These corporations, according to the protesters, use genetically altered crops to make them more resistant against insects and poisonous pesticides. There is nothing wrong with gentech in principle, but with the way these corporations use it without care and without being certain about its effect on human health... is simply dangerous, argued the protesters.

This event was the sequel of the protest at Dam square. It was at the RAI, where a CROPWORLD GLOBAL conference took place, where Monsanto and various other corporations ware attending. People gathered at the square in front of the main entrance where they listened to music and speeches. The attendance was good with more than 150 people showing up, but we hope to see way more people during future marches!

The group is really trying hard to keep the Netherlands ‘gentech-free’. According to one of the speakers at the protest, this goal is being reached. After the gathering on the square in front of the RAI there was a march around the big conference building to get some attention from people inside and around the RAI area.

If you want to know more about Monsanto and genetically modified crops, click here.