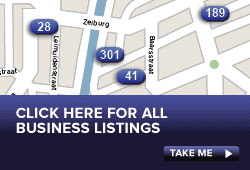 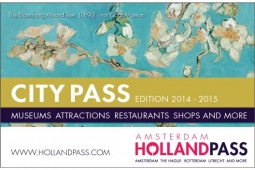 A diverse crowd gathered on Saturday, 12 October, for 2013’s March Against Monsanto organized by “MAMA, eet wat je weet” [March Against Monsanto Amsterdam, eat what you know]. Hippies, activists with Guy Fawkes masks, colorfully dressed girls and all kinds of interested and interesting people came to the Dam to protest against big food corporations like Monsanto who dominate the food industry worldwide.

There was a good vibe: people were protesting but were also talking and having a good time together. Tunes livened up the place, old tribal music by indigenous people from Mexico who were at the march to demonstrate for the protection of their culture. There was a picnic: people brought their own (unmodified) food to share with others (fresh pumpkin bread, nice!). There was a seed trade-off, and someone even gave us a bag of hemp seeds with a note containing the lyrics of a classic pop song, Nederwiet by Dutch band Doe Maar.

Impressive and moving was a speech by Katy Olivia, a food coach who is socially active in trying to change the way people think about food. She talked about ecocide (the environmental variant of genocide), making your ecological footprint smaller and being able to make a change by changing the places you buy your food: money is energy, Olivia proclaimed, and if you spend that energy somewhere you help it grow. So make a change and buy your food at responsible shops and responsible farmers, Olivia says.

We talked to some of the picnic people, and some even gave us some raw chocolate. We asked them why they were here, and what this demonstration meant for them. The woman answered that for her, the March against Monsanto is part of a bigger movement. "The world is changing, the old system of capitalism is jamming. New initiatives, new ways of living with different values than economic growth and the acquisition of capital are popping up everywhere. This march is just one expression of this, and this is our way of contributing to the new, and hopefully better world".

If you have missed this event, but would still like to show your support, another March Against Monsanto protest will take place on October 30 2013. Come to the Amsterdam RAI during a conference called Crop World which Monsanto representatives will attend. If you want to make yourself heard, be there!

What was your favorite part of the day? Please share in the comments below. Click on the slideshow above to see some of the images taken during this event.

If you did make it to the Dam Square on 12 October 2013, and have some cool photos or videos to share, please send them to our photo contest email: [email protected] with the subject: "photo contest March Against Monsanto". The best images will be featured on this website and the authors will be rewarded with some cool products and services from InLivin' partners.