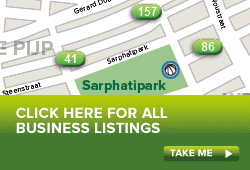 The InLivin' staff is made up of people from diverse backgrounds and interests; we employ vegetarians and confirmed meat-eaters, gluten frees and bread fanatics! There are those who won't eat dairy products, unless it's Burrata mozzarella! We even have one guy who believes in a beer, nuts and salad diet. (ed: The beer is usually bio at least.)

As you can see, it would be remiss of us to try and place standards or judgements on others for their choices. We have determined what makes an InLivin’ Food & Drink establishment: they must be progressive! This includes but is not limited to places that use products or have menus with:

This is such a common term today that many people have forgotten its true meaning. The definition of organic is something that is of or from living material. Plants, animals and us! Natural fertilisers, soils and waters are considered organic.

If you’ve ever have read a product label and seen more E’s than at a 1999 rave party, you know what we mean here! True InLivin’ edibles have no extras added to keep them fresh; they are 100% natural and have nothing in them that was created in a laboratory. While on the subject, did you know that most E numbers are actually only variations of substances and compounds that occur in nature? It is only after they are replicated in the R&D department of some of the larger food corporations, that they start to become man-made monstrosities!

These products are based on original stocks from the old days, before man stuck his hand in to selectively breed many of the things we eat today. They often do not produce as high yields and are generally a little odd looking to the uninitiated. When you see an heirloom tomato for the first time, you may think you are looking at a slightly damaged, diseased or even possibly rotting example! Well that may be exaggerating a bit, but in reality true ol’ skool genetics never produce the perfectly round and evenly coloured beauties you see under fluorescent super market lamps.

All types of food can be found on the shelves of local shops and restaurant suppliers. Sadly, much of it is actually NOT fresh. It is much cheaper to package and ship food in this way and the products stay edible.

Geography prevents lots of seafood from actually being “fresh”. Fresh should be within 100km of the catch zone. For most people, this is nearly impossible; can you imagine living in Moscow? The tinned caviar is actually the freshest fish product there!

If you enjoy prawns, crab, salmon, tuna and other seafood, the chances that you are eating semi-frozen products are quite high! In fact, most of the fish that we eat here in the restaurants of Amsterdam have reached us by being frozen. From the moment that they are brought on board of most fishing vessels, they are dumped in a hold and covered in ice. Others are brought ashore to a packaging plant where they are flash-frozen (a process using extremely cold temperatures to quick freeze; reducing cellular damage and increasing flavour and structure). Other products go to a cannery where they will end up in little tins headed for market.

In the 1960’s and 1970’s there became more interest in vegetarianism. Perhaps it was the popularity of travel and in particular India where the concept became more established in the western world’s culture. The Beatles visited India and introduced many of the Ayurvedic practices including yoga, meditation, natural eating and vegetarianism to the millions of fans around the globe. It most certainly made an impact on an entire generation and whether or not you gave up meat, you probably knew someone who did at one point. Oh yes, and just in case you do live in a cave, a vegetarian is a person who does not eat animals!

This is a more extreme version of the vegetarian diet, where animals are not eaten in addition to any products derived from animals like cheese and milk. Often, refined products like white sugar and even things like wine are avoided. Most vegans will not even use by-products of animals like leather and animal oils.

If you don’t cook any of the food you eat, you are doing the Raw Diet. The benefits are obvious here; all of the nutrients are retained as nature intended. It is believed that essential enzymes in food are destroyed when they are cooked, pasteurised or processed. Where it gets tricky is just what sort of foods you choose. You can be a vegetarian, vegan or omnivorous raw eater, also known as the “primal diet”. Raw meat you ask? If you like Filet Americain, tartaar, sushi, raw eggs or carpaccio then you could fit the bill!

Foods that are non-processed, non-pasteurised, cured and fermented can fall into this category. So, if a raw food diet appeals to you like it does famous people like Woody Harrelson and Demi Moore, then you can find many great diet books on the market. To learn more about raw food, read What's Cooking? Not Raw Food!

Gluten is found in many wheat products. This proteins can occasionally trick the body into thinking that they are virus or bacteria “invaders”. In doing so, they can often cause severe immune reactions.

It can cause problems in the intestines ranging from inflammation to full blown Celiac disease with symptoms like excessive gas, bloating, cramping, diarrhoea and even intestinal bleeding. In extreme cases the body can be exposed to extreme autoimmune actions resulting in damage to other organs unrelated to eating!

Much like glutens, a lot of people also have allergies to dairy products. A dairy free diet is often not a choice, but a necessity, as many people are lactose intolerant. Usually, they have low levels of lactase, which is an enzyme that metabolizes lactose into glucose and galactose in the digestive system. You may be surprised to know that 38- 65% of the world's population is lactose intolerant. Some may not even know it! Our genetics play a huge role here, especially when discovering that this intolerance is similar among certain nations or areas in the world. Have you ever wondered why there are so few dairy products included in Asian, African or South American cuisines? Lactose intolerance is one of the main reasons...

One of the biggest additives to products on today’s market are sweeteners. Sugar and derivatives can cause many problems for the body: from simple tooth decay to chronic diabetes, a high sugar diet can often be the cause. We often may not be aware of how much sugar we actually consume, as so many products that we consume today are loaded with it.

With so many sweet tooth’s on the planet, it is no wonder that artificial sweeteners are big money for many food producers. These products have not come into the limelight without their share of controversies mind you; one of the earliest products was called saccharin. In the 1970’s as it become popular in everything from children’s vitamins to major soft drink brands until tests on rats showed a higher risk of bladder cancer. It was banned for almost 30 years until it was returned to non-harmful status. Look out for products with sweeteners like Aspartame, Sucralose, Ssaccharin, Acesulfame K and Neotame - those are all really bad for you. If you like your sweets, go for products sweetened with natural products like agave nectar, Stevia, honey or blackstrap molasses.

Sulphites are sulphur based compounds that occur naturally in many foods but are also sometimes added as preservatives. Foods like wine, beer, baked goods, jellies, jams, nuts, teas and many more usually have sulphites. Allergies that are caused by them can range from headaches to anaphylaxis and seizures. Some people are more sensitive to sulphites than others. People suffering from asthma may have alergy - like symptoms of different intensity. After drinking certain wines, some people experience headaches from the sulphites ... others experience headaches from just too much wine!

In today's world of commercial farming , many of the animals are kept in mechanized environments. Much like a "living assembly line", the animals are often forced into cramped and unnatural conditions. In the EU, free range meats must meet certain standards. For example, free range chicken must be provided with at least 4m2 per of space per chicken, access to open air runs that are mainly covered with vegetation and shelter must be provided for hens to lay eggs. Each bird must live for at least 56 days, and 81 days for 'traditional free range'. Some people believe in free range so much, there are terms like semi omnivorsm and semi-vegetarianism to describe people who eat only free range products.

This is one of those things that people take for granted but can be one of the finest ways to eat! It can include growing your own, to even visiting a restaurant that sources from its own garden. If you don't have a garden, start with growing sprouts in your kitchen.

Products that are sourced from water or land from within 100 km.

In keeping with nature it becomes obvious that the best tasting and freshest products are the ones that are “in season”. It is better for the farmers and better for the environment as less pesticides and greenhouse lamps are used.