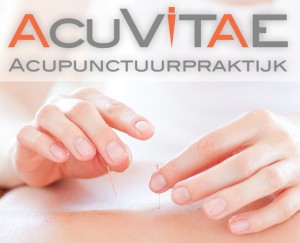 We live in a world of problems and dangers! Our minds are the "high priest", charged with guiding our 'body temple". We MUST take good care of ourselves to live healthier and longer.

Environmental, pre-determined genetic weaknesses, gene mutations, substance abuse and random accidents can cause an early demise. With the myriad options for solving or alleviating these problems, it can be difficult to decide which path to choose. While many people turn to the established medical methods for relief, others use more natural, holistic approaches to medical care and stress reduction.

Some of these health solutions have evolved from ancient beliefs. Some use herbs or naturally occurring substances. Others “channel” spiritual energy or the power of the mind to heal. Of course there those who use modern technologies and scientific research and breakthroughs to achieve desired effects.

The modern era allows us to learn more through science than ever before. Genetic research, advancement in treatments and the proliferation of specialized drugs have all combined to raise the average life expectancy from 47 years old at the turn of the last century (1900) to an average of 72 by the year 2000! Only time will tell. Healing practices are often short-sightedly broken down into two main categories:

If you think about it, it seems strange to hear people speak of “traditional treatments” as synonymous with “Western practices” and “alternative medicines” as “Eastern practices”. Logic suggests the opposite; the eastern approach is most certainly the oldest and most rooted in nature and holism. Holistic medicines can be defined as a complete approach to treating the mind body and spirit. Instead of going to a doctor to treat the symptoms of a sickness, holism focuses on the roots and causes of the problems as well. Many things that comes from nature that are used in moderation can improve health or reduce pain; similarly there are plenty of natural substances that can hurt the body.

The arrogance of the western world and the greed of many insurance-sponsored doctors and pharmaceutical companies would dictate that the public’s perception of alternative medicine and treatment would be negative or sceptical at best. This is not to say that modern developments are not helpful or useful; to the contrary, we believe that a balanced approach to healing by using a combination of traditional and alternative together is the best answer.

So what are Healing Practices?

We like to refer to the Healing Practices as any service, treatment or product that can reduce, alleviate or halt the advancement of sickness, disease, injury or pain. This can be done in a number of ways, so let us start by breaking them down into three main categories:

Early man had no concrete ideas of science yet over the centuries, mankind found all sorts of natural treatments to cure and heal sickness, injury and disease. Usually this was done with the aid of natural substances that were found around them. The first time that a caveman ingested some valerian root or chamomile flowers he noticed the calming effects. Ginger, licorice root, ginseng, lavender, bee pollen etc., were all discovered as great substances with natural healing properties and have been used ever since.

Occasionally pre-historic man used techniques of touch and actual physical intervention. Some examples of this would be early discoveries of the effects of massage, reflexology and acupressure points. Other examples of this can be found in early surgeries and tooth extraction. It seems there was always a search for answers in these areas.

In this section we would like to introduce a few of the many sciences and beliefs that fall under the general term of Healing Practices. It should be noted that many of the techniques are often overlapped or used in conjunction with each other to achieve desired effects. Let us begin with some of the most basics:

These may be some of the oldest healing practices known to man. From the Sanskrit words ayu (life) and veda (knowledge of), Ayurveda seeks to improve the strength of the immune system. This is achieved by a system of adaptation called satyma. Ayurvedic medicine and satyma is based on the principle that all life forms are affected by environment, food, drink, vitamins, climate, stress levels and mental outlook.

The earliest mentions of massage date back to 3000 BC in ancient Chinese scriptures. Indian Ayurvedic texts were in circulation around 1500 BC, praising the healing attributes of massage. The Greeks and Romans certainly espoused the benefits of massage an muscle tissue and joints. The western world got interested in massage using stroking, rubbing, kneading and hitting, which are the hallmarks of Swedish a.k.a. Classical massage. Many people falsely believe that the massage form originated in Sweden as the name would suggest but further research shows that it was probably a Dutchie (yes, you heard right!) who translated the French and practiced in the late 1800’s.

Massage certainly has its benefits and it is probable that everyone could benefit from some physical stimulation. It is good to sample the variety of styles until you find one that best suits you.

You will find many different types of massage services on offer in cities like Amsterdam. There are a few things to look for when choosing a place to get a massage.

Special zones on the foot and hand that correspond to vital organs are pressed. Dealing with the nearly 10,000 nerve endings in the hands and feet, this pressure may assist pain-reduction. Some of the earliest references to reflexology can be found in ancient Egyptian hieroglyphics. 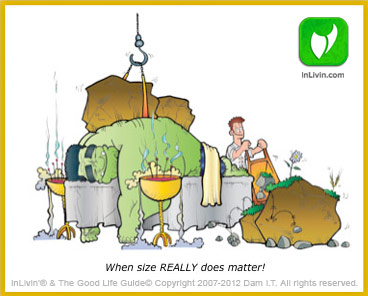 This is often used with various forms of massage therapy. The patient lies down and heated stones are placed on the muscles or along the spine. The heat radiates out and softens the muscle tissue, allowing for deeper penetration while receiving massage or acupressure.

(see Healthy Retreats) These can be found nearly everywhere and in so many different forms. Dry heat causes the body to sweat out impurities. Moist heat can loosen the muscles and opens skin pores. These can be very therapeutic in some cases.

If you’ve ever swung your hear around when someone with nice perfume or cologne walked by? Ever started drooling at the smell of fresh baked bread or a BBQ? Have you noticed the rush of mental energy that takes place when your nose catches the scent of fresh flowers or your favourite herb? It is no great surprise that things that smell nice often make us feel good. 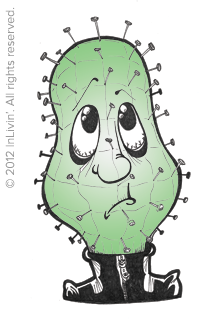 Even people who aren’t afraid of needles may hear the word acupuncture and imagine the Pinhead guy from the Hellraiser horror films! But acupuncture is not as scary as it seems. It is a very useful and helpful scientific technique if carried out by an educated and professional practitioner.

The use of needles (puncture) and fingers on pressure points (pressure) were being used in China as early as 1000 BC. The treatment focuses on manipulating the meridians that flow throughout the body. For more details on acupuncture, click here.

This is a popular healing practice that originated in the 1800’s in Japan. The power of reiki has a lot to do with one’s inner power and the strength and energy of the human mind to heal.

These all fall into the same category. These three subjects are good for treating fears, phobias, anxieties, stress, anger management and chronic diseases like diabetes.

“Prana” means life force in Sanskrit. Very similar to reiki, it relies on the practitioners ability to concentrate chi (qi), which is a form of invisible energy or life force that permeates space and surrounds us.  Click here to read more about Pranic Healing...

Chinese “herbs” include not just plants, but also minerals and parts of animals. They are divided into the four energy categories : cold, cool, hot and warm. They have five flavours: sour/astringent, sweet, bitter, salty, and pungent/acrid. These things are meant to bring balance to the mind, body and spirit.

Have you ever felt depressed in the winter? If you live in the Netherlands, it wouldn’t be a very big shock! Seasonal Affective Disorder (SAD) is no joke; It occurs in many places where the days are shorter

and the sun doesn’t shine very much. With the aid of lamps or “lightboxes”, light therapy uses waves of light to control the levels of melatonin and stimulate serotonin in the body. When the correct balance is achieved, the patient is often able to sleep better and depression can be reduced. Serotonin increases a person’s energy, concentration and general well-being. Light therapy can be helpful in treating depression, chronic fatigue, sleep problems (including jetlag), menstrual problems and even Alzheimer’s Disease.

This is similar to Light Therapy but involves lasers and tends to focus on skin problems. Psoriasis and eczema can be treated by aiming lasers at the skin tissue. The effect of the UV rays have been shown to reduce the severity of the rashes in some cases.

The energy fields created around the chakras are examined and diagnosed for malfunction. After identification, and attempt is made to correct the problem and re-route the energy. These sort of readings are normally achievable after initial Reiki or Pranic therapy sessions.

When I first heard of this, I thought “ouch! It sounds like some invasive surgery or some sort of science project!” In reality, this often contested (disbelieved) form of massage focuses on the skull. It was first practiced in the 1930’s after a claim was made that the human skull has rhythmic motions that need to be stimulated to increase the flow of cerebrospinal fluids. These fluids follow a measurable rhythm that protects the nervous system and are thought to circulate similarly to our blood system in many ways. It is believed that this may help in epilepsy, migraines, arthritis, orthodontic and jaw problems, spinal injuries and nervous system damage. It must be noted that there are many doctors who believe there are no legitimate benefits from this practice.

The eyes are the windows to our souls... and health! The condition of our eyes is best read. Irisscopie is an often disputed form of diagnosis based on examining the iris of the eye for a variety of colours and patterns. The practitioners believe these traits can point to corresponding parts of the body.

Not until the mid 1900’s was psychological therapy accepted as a legitimate healing practice. In fact, even today many people still are uneasy when thinking of getting therapy to help themselves feel better. It may be used to reduce pain and stress, aid in breaking bad habits and re-program deleterious psychological issues. 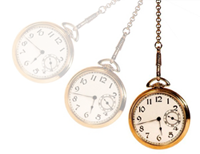 Many think that hypnotherapy is a bunch of BS. Considering that most peoples’ only experience with hypnotism involves a guy barking like a dog on stage in front of a laughing audience, it is no wonder why! Of course these are stereotypes and hypes; proper hypnotherapy can be a great way to work through psychological problems like social disorders, fears, bad habits, sleep problems and even stress.

The pharmaceutical companies would have you believe the only way to deal with certain allergies is to take pills to eliminate the symptoms, when in reality there are many ways to alleviate the causes of allergies by gradual resistance. Through use of topical applications in some...

As you can see, there are far too many Healing Practices on offer to become familiar with them all. A good amount of research can help but for the best results, you are best off consulting with your doctor first and then any of the specialists that are listed in this section.