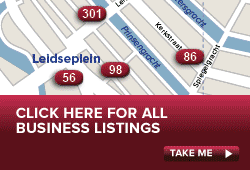 Martial arts as the name implies, differentiates between what is considered fight sport and fighting arts. The term is derived from Mars, the Roman god of war; so you know that anything that falls under this category is gonna be serious!

If you are imagining a shirtless Bruce Lee fighting a group of well-armed assassins, guess again.

Martial arts are always built from self-development, character building, physical and mental growth and discipline whereas fight sport, although based on the qualities listed above, focuses on competition; beating your opponent.

Martial arts have been existence for as long as history; our early ancestors discovered their hands could be made into fists, the stride for effective fighting techniques was put in motion. It hasn’t stopped developing since then. Different cultures and environments have played prominent roles in the refinement process, each giving shape to the various practices.

In the history of mankind, cultures like China, Japan, Indonesia and Europe have developed their own traditions and techniques of combat and warfare. Many of these, like Aikido and Fencing [Schermen] are a result of developed combat.

By developing a strong spirit, an intelligent mind and a strong body, these ancient arts are just as relevant to modern day “office warriors” who’s biggest enemy is back pain!

So where do these roots come from? Furthermore, is it possible to practice these arts in their purist form? We have listed a few here for you to check out:

Originating from Japan, it is often considered to be non-aggressive. This style features throws, limb locks and restraints to take advantage of your opponent’s attacks. Not many kicks and punches are thrown, so weight and strength are not needed to be effective. This makes it suitable for more smaller people, women and seniors. Visit Takemusu Aikido Amsterdam.

Even though it is more of a sport than a martial art, boxing has been around as early as 2500 BC, as depicted by artistic carvings found in Egypt and Mesopotamia (Iraq). The Greeks added it to the Olympics and it became more popular during Roman times when men trained as soldiers and gladiators. Consisting mainly of punches, ducking and weaving, boxing requires an understanding of specific rules and situational reactions. Visit Mousid Gym Amsterdam.

It may look like breakdancing to the untrained eye but this is a serious martial art that was derived from African slaves brought over to the New World (and in particular, Brazil) to work the plantations. The slave owners did not allow the slaves to openly practice anything as threatening as a fight skill, were duped into believing Capoeira was only a dance ritual! Visit Capoeira Malungos Amsterdam.

Before the days of guns, swords were the weapons of choice and swordplay was a matter of life and death. Over the years it has evolved into much more. Now there are several disciplines. It is featured in the Olympics, practiced by men and large numbers of women, and even has a version for people in wheelchairs in the Paralympics.

Derived from Jujitsu, this is more of a sport and less of a deadly martial art. Featured in the Olympics and learned by many, Judo is popular in lots of nations. The Netherlands is particularly exceptional at the sport with several gold medals (among others) in both women's and men's Olympic judo.

A Japanese practice of grappling and throws, using locks and holds with the arms and legs. Moves that include choking the neck and crushing the groin area are not foreign in this ancient fighting style.

We have all heard of this one. Started on a tiny island south of Japan called Okinawa, this could be considered one of the most varied and reaching of all martial arts disciplines. Broken into more than 15 different schools of training, some use weapons, but nearly all use kicking and of course punching. Kata’s are used which are a series of moves that are practiced repetitively until mastered, level by level. In most schools, belts are used to denote accomplishment starting with white for beginners and ending in black for masters. Visit Kawayan Fighting School Amsterdam.

“The way of the sword”, originating from Kenjitsu (swordmanship) was used by Japanese samurai as a way of integrating Zen buddhism with a warrior mentality, allowing them to battle with little regard to their own life. The modern sport is a much lighter variation, using bamboo swords and protective gear in a competitive setting.

This is perhaps one of the most well known of all martial arts. Originating in ancient China, “wushu” practices were cultivated by monks and warriors to strengthen their connection with nature and chi. Kung fu uses kicks, punches, locks, throws and a variety of weapons. Visit  IWKA Wingtjun Amsterdam, Kung Fu Amsterdam,Liu He Men Traditional Kung Fu School Amsterdam, or Sifu Sergio Amsterdam.

Originating in Korea, it has become the national sport and is included in the Olympics for men and women. The main techniques involve powerful jumps and kicks.

Divided into two main types, Greco-Roman and Freestyle, wrestling a.k.a. grappling, is one of the earliest forms of hand-to-hand “battle” known to man. Other forms of wrestling are found in other forms of martial arts like Brazilian jiu-jitsu and Russian Sambo.